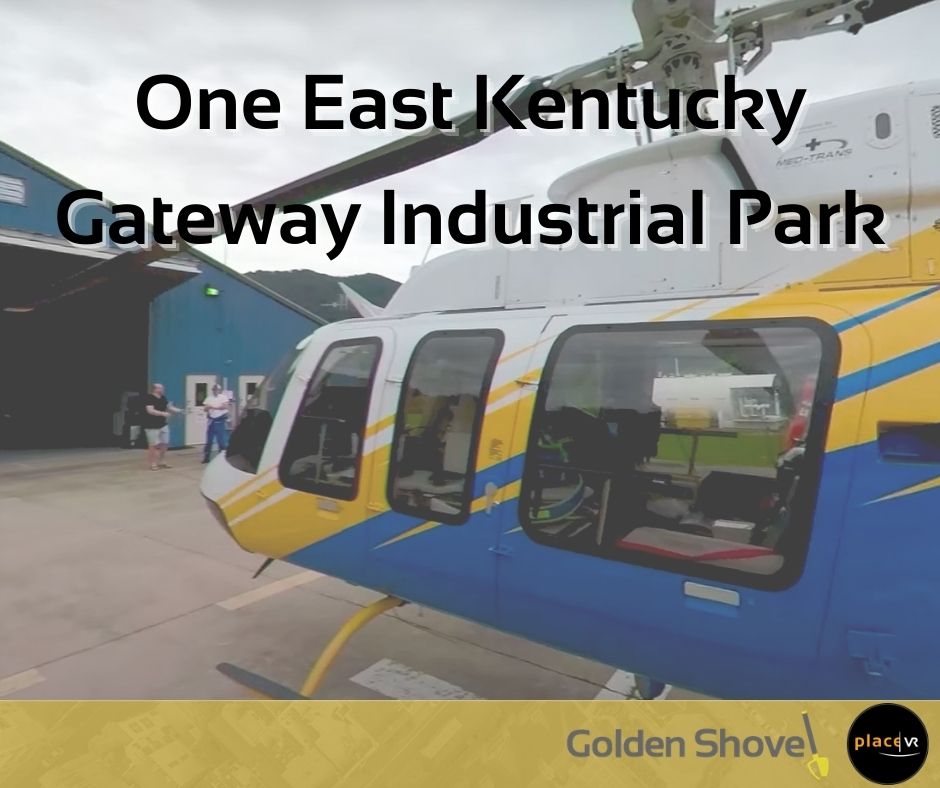 One East Kentucky is not letting COVID restrictions on travel prevent them from making progress with their economic development goals. Their latest 360-degree video promotes Gateway Industrial Park with an immersive tour that site selectors can experience with virtual reality (VR) goggles.

"When we started the project, we knew that watching the video with VR goggles will have a lasting impact on our prospects," said Chuck Sexton, President and CEO of One East Kentucky. "Then Golden Shovel came out with their new Virtual Meetings App and we can take the next step in the sale process and meet with people inside of the 360-degree scenes."

Having a meeting in Virtual Reality is different from an online meeting. In a VR meeting, people appear as avatars in a 3D space around a conference table. Surrounding them are the scenes in the 360-degree video which can be played and paused during discussion.

"By using PlaceVR technology, One East Kentucky is sending a message that they're innovative and that they're willing to do what it takes to make progress despite the difficult circumstances brought about by the COVID-19 pandemic," said Aaron Brossoit, CEO of Golden Shovel Agency. 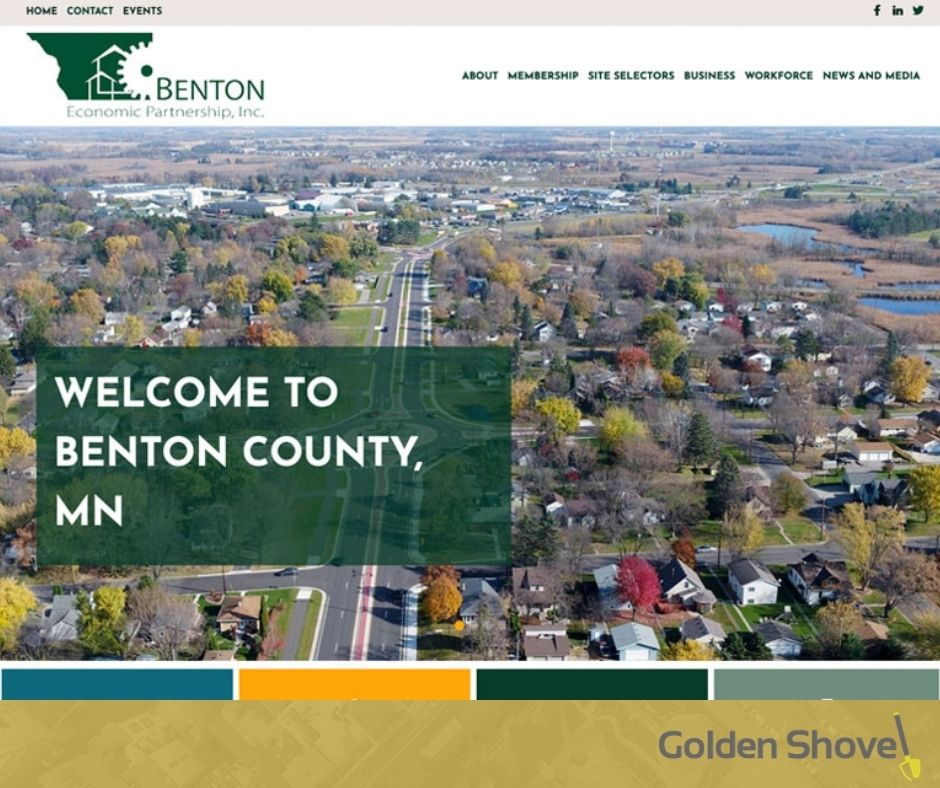 May 24 2021
FOLEY, MN -- Benton Economic Partnership recently launched a newly redesigned website, created by Golden Shovel Agency. The new site has a clean, modern design that is easily navigable and simple to digest. One of the main goals of the website redesign project was to speak to different audiences in way...Continue Reading 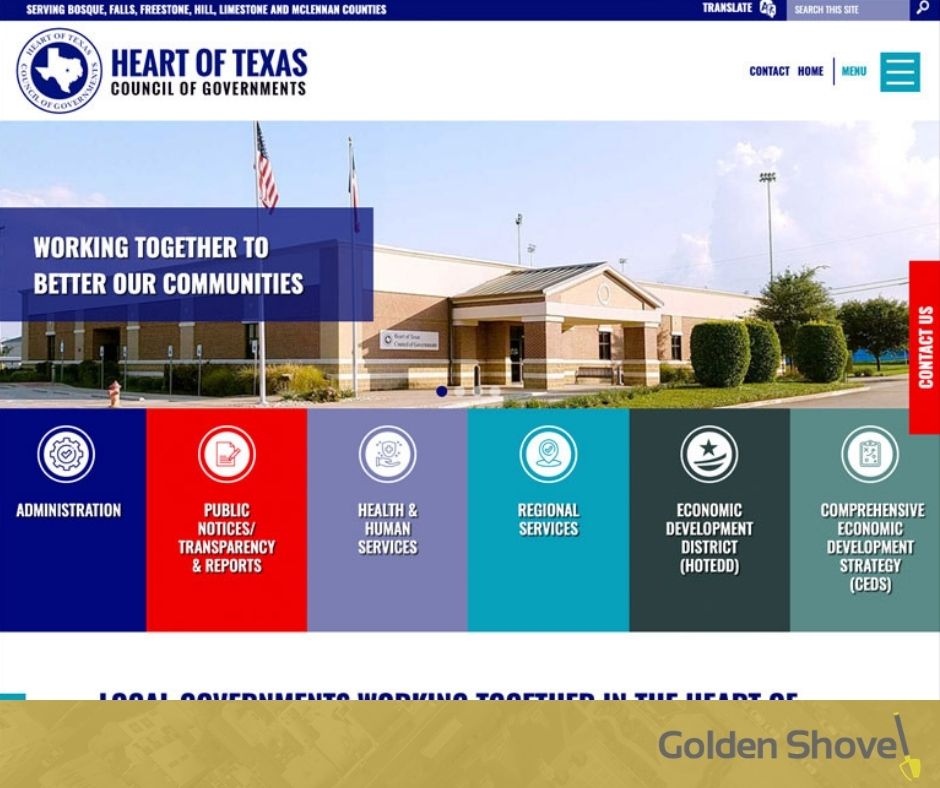 May 24 2021
WACO, TX -- Heart of Texas Council of Governments (HOTCOG) recently launched a newly designed website, created by Golden Shovel Agency. The new site is user-friendly, has a more modern design, and is customized to the needs of the organization. The goal of the organization was to join what were previousl...Continue Reading 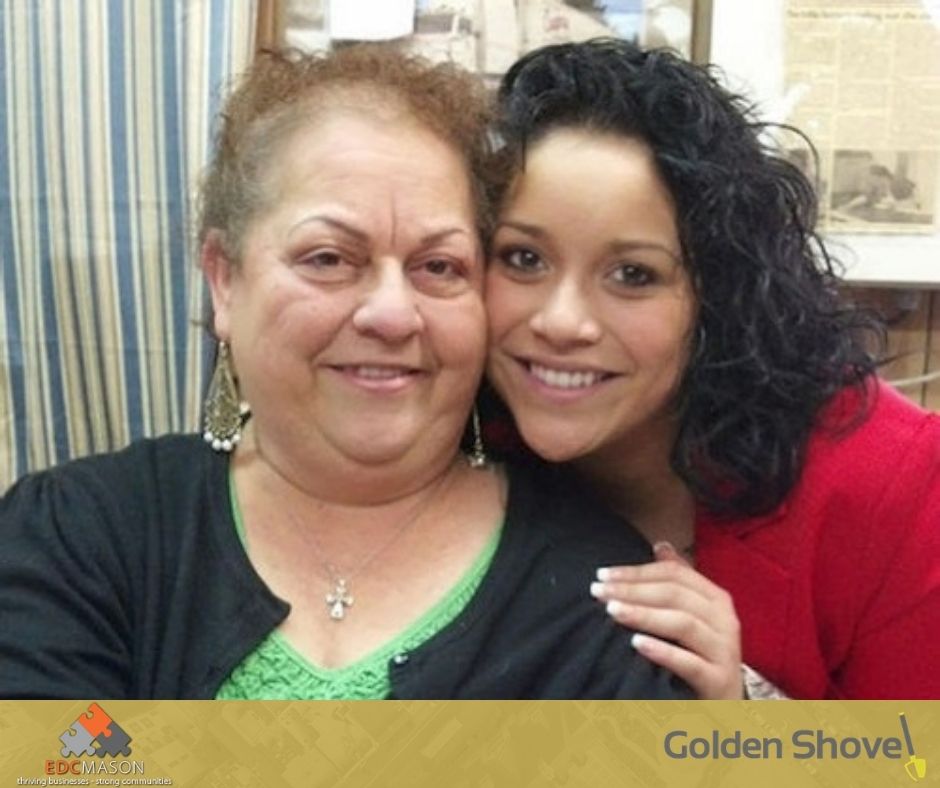