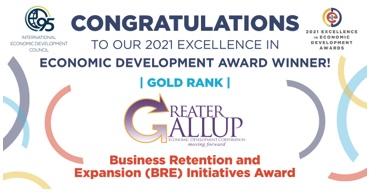 During the beginning of October at the International Economic Development Council (IEDC) 2021 Annual Conference, Excellence in Economic Development Awards were given to the world’s best economic development programs and partnerships and the year’s most influential leaders. The Greater Gallup Economic Development Corporation (GGEDC) won a Gold Rank in the category of Business Retention and Expansion for its McKinley Paper Company Expansion. This is quite an achievement considering the IEDC has over 5,000 members and received over 500 submissions from four countries for 25 categories.

“The winners of IEDC’s Excellence in Economic Development awards represent the best of economic development and exemplify the leadership that our profession strives for every day,” said 2021 IEDC Board Chair and Invest Buffalo Niagara, President, and CEO Tom Kucharski. “We’re honored to recognize the more than 100 communities whose marketing submissions, projects, and partnerships have improved regional quality of life.”

The story of the McKinley Paper plant expansion and retention is a story of proactive economic development response and planning by GGEDC that dates back eight years. GGEDC was founded in 2012, and since 2013 has operated a business retention and expansion (BRE) program in McKinley County, New Mexico, that was initiated in response to the closure of a long-standing economic base employer in the community. The BRE program provided a means for the community to transition from reactive to proactive economic development.

Through the BRE program, GGEDC began to detect red flags in the long-term viability of the Prewitt Industrial Cluster, beginning with the Escalante Generating Station. As a coal-fired generating facility, the power plant was caught in the middle of the nation’s transition away from coal to renewable-generated power. In January 2020, Escalante Generating Station announced plans to close within a year; a closing that would cost the region 109 jobs. Its closure additionally threatened the dependent operations of McKinley Paper Company which had also been a major local employer for 27 years.

Having cultivated relationships since 2013, GGEDC was the only entity that had the trust and the contacts for senior management to coordinate and activate years of pre-planning efforts. GGEDC brought together the local working group and McKinley Paper Company to understand the needs of the company to ensure continued operations in the area. The closure of Escalante Generating Station necessitated that McKinley Paper Company become fully self-sufficient with the ability to generate steam presenting as most critical. McKinley Paper Company had one steam boiler but needed an auxiliary boiler to provide redundancy to ensure operations were consistent as scheduled and non-scheduled maintenance issues arose.

Deputy Director, Michael Sage, CEcD, and GGEDC determined what it would take to keep McKinley Paper in the community and worked with colleagues at the state level to leverage economic aid. GGEDC brought McKinley Paper Company and the NM Economic Development Department together to begin a discussion regarding state support through the Local Economic Development Act (LEDA), and assisted McKinley Paper Company in the preparation and submission of the application. On September 9, 2020, the State of NM awarded McKinley Paper Company a $5 million dollar LEDA grant. At the time, the grant was in the Top 5 of largest LEDA awards ever granted by the state of NM, and represented the first time the State awarded a project under the category of business retention, and not business attraction.

GGEDC brought McKinley County to the table, and the County agreed to serve as the fiscal agent/pass-through entity for McKinley Paper Company, resulting in a public-private partnership victory. Additionally, GGEDC brought McKinley Paper Company and the Cibola Communities Economic Development Foundation together to work on workforce training funds because many of the paper company’s employees traveled from neighboring Cibola County. Subsequently, the state of NM awarded $256,000 in Job Training Incentive Program (JTIP) funds to McKinley Paper, which resulted in the creation of 10 additional jobs with an average wage of $32.38/hr.

On January 9, 2020, when Escalante Generating Station announced it would close by December 2020, the economic climate in McKinley County, as well as Cibola County, looked bleak. By January 8, 2021, GGEDC and a coalition of private, local, state, and federal partners had rallied to stabilize the economy by ensuring the continued operations of McKinley Paper Company. As a result, 125 economic base jobs were saved and 10 new economic jobs were created. In August, 2021, McKinley Paper Company disclosed to GGEDC in a BRE interview that it had actually created 25 new jobs in Prewitt, NM, as a result of its expansion. It was only because of GGEDC’s BRE program that  these results could be achieved within one year.

In March 2021, GGEDC Deputy Director Michael Sage was awarded Economic Developer of the Year by NM IDEA — the statewide association of industrial and economic developers — for his advocacy for McKinley Paper Company and his efforts to obtain grant resources and lead an initiative for the creation of a new industrial cluster in Gallup related to research, testing, and development of autonomous vehicles.

More Business Expansion on the Horizon

There are plans in the works for the retired Escalante Generating Station. Escalante H2 Power (eH2Power) is working to make it the first coal-fired power plant in the world to be transformed into a 100 percent hydrogen-fueled facility. In April 2021, eH2Power signed a letter of intent with Tri-State Generation & Transmission Association to purchase the McKinley County station. The eH2Power project aims to come online by 2025.

The closure of the Escalante Generating Station also eliminated a major customer for Peabody Energy’s El Segundo Coal Mine. In the short term, increasing coal demand and rising prices worldwide may well offer benefits for the mine. Over the long term, technologies and processes are in development that may utilize coal as a source for developing hydrogen.

GREATER GALLUP ECONOMIC DEVELOPMENT CORPORATION works tirelessly to support entrepreneurs, small businesses, and industry. Reach out to us at (505)722-2980 or via email to see how we can help today! Follow us on Facebook, Twitter, and LinkedIn!

INTERNATIONAL ECONOMIC DEVELOPMENT COUNCIL (IEDC) is a non-profit, non-partisan membership organization serving economic developers. With more than 5,000 members, IEDC is the largest organization of its kind. Economic developers promote economic well-being and quality of life for their communities by creating, retaining, and expanding jobs that facilitate growth, enhance wealth and provide a stable tax base. From public to private, rural to urban, and local to international, IEDC’s members engage in the full range of economic development experiences. Given the breadth of economic development work, our members are employed in various settings, including local, state, provincial, and federal governments, public-private partnerships, chambers of commerce, universities, and a variety of other institutions. When we succeed, our members create high-quality jobs, develop vibrant communities, and improve the quality of life in their regions. LEARN MORE HERE.

GOLDEN SHOVEL AGENCY is a full-service economic development marketing agency. Whether the goal is to attract and support great businesses or great talent, we are your specialists in the industry. We’ve helped hundreds of communities across the globe shape and tell their stories to strengthen the vitality of their regional economies. LEARN MORE HERE. 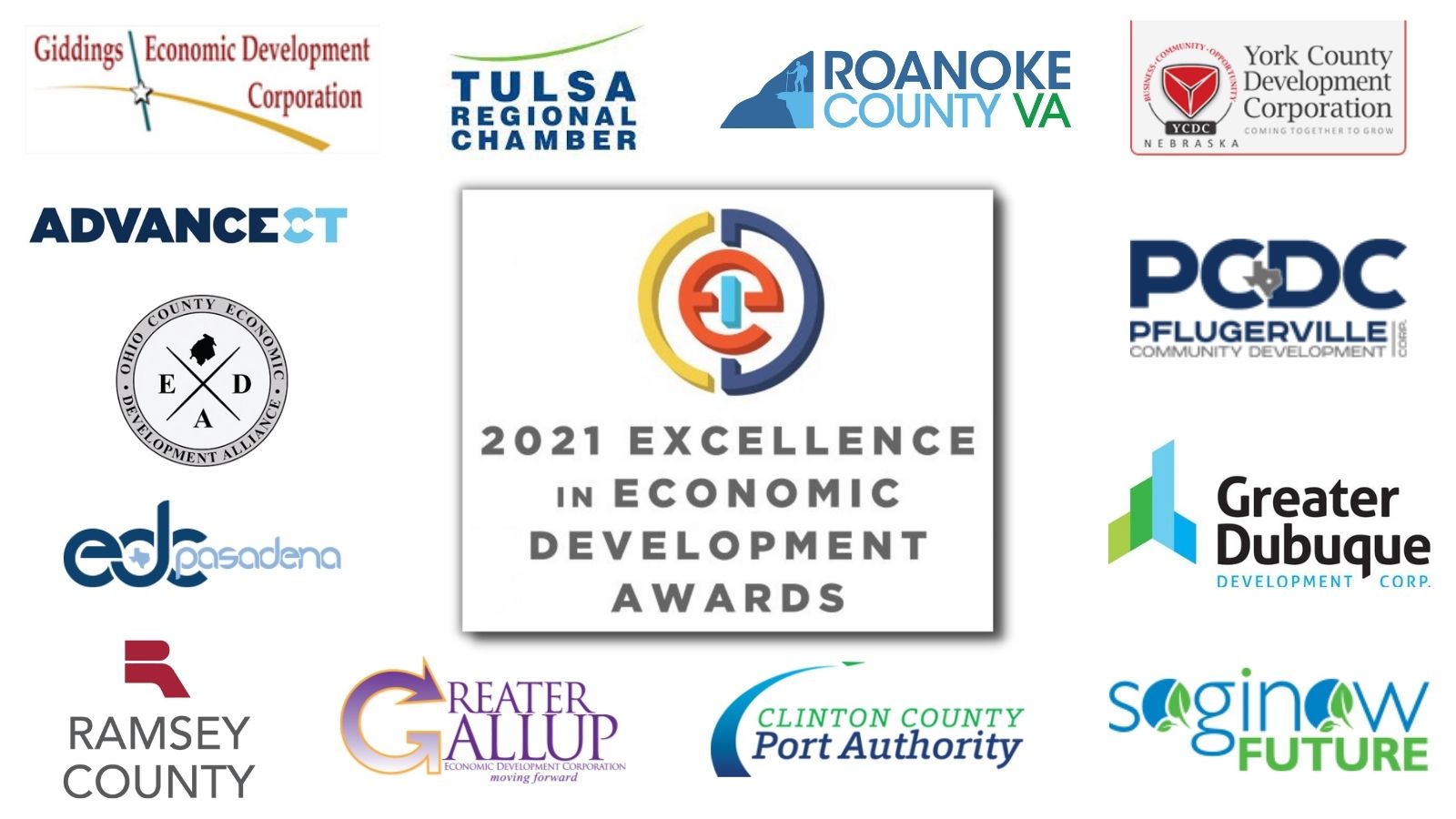 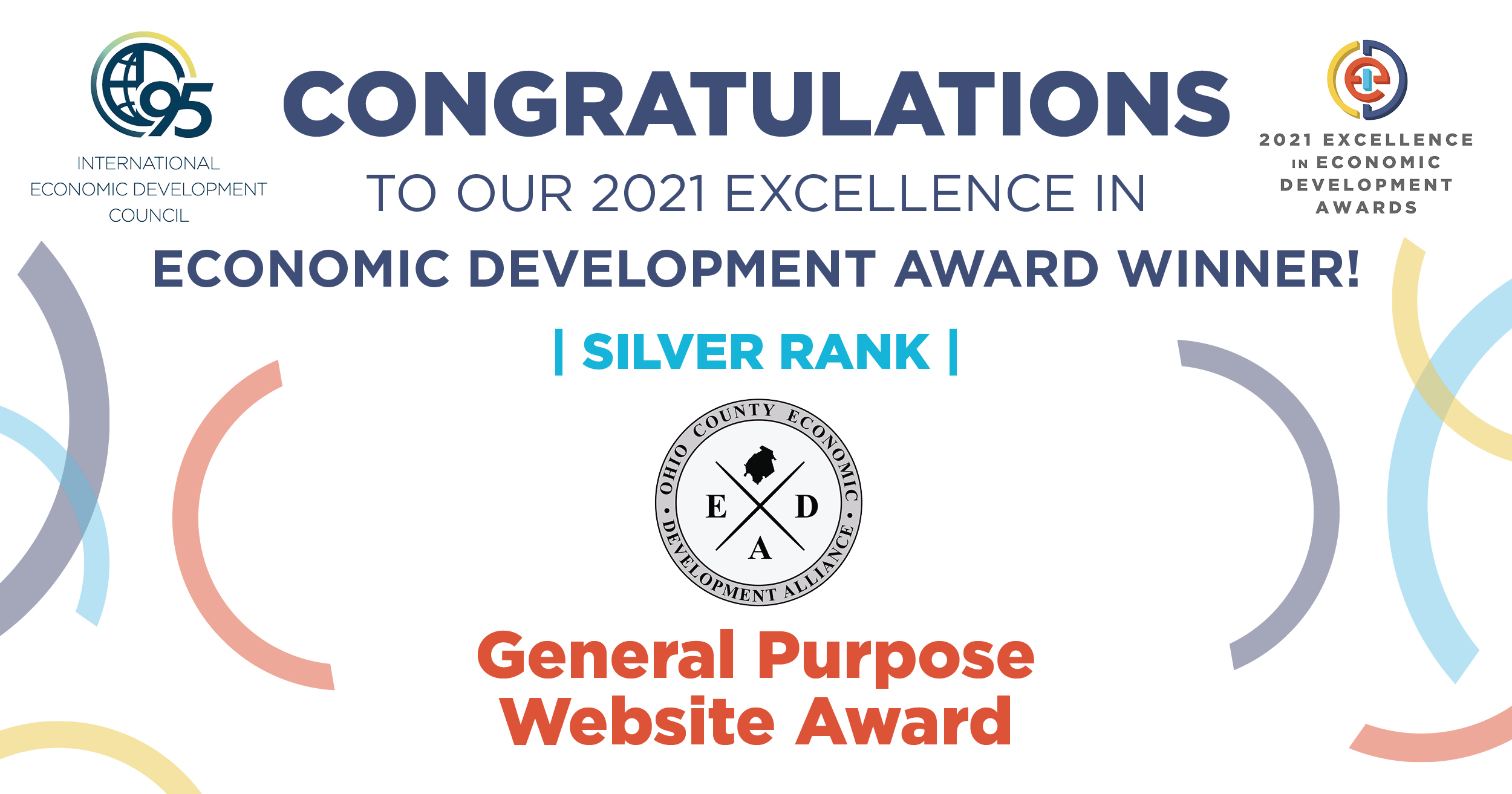 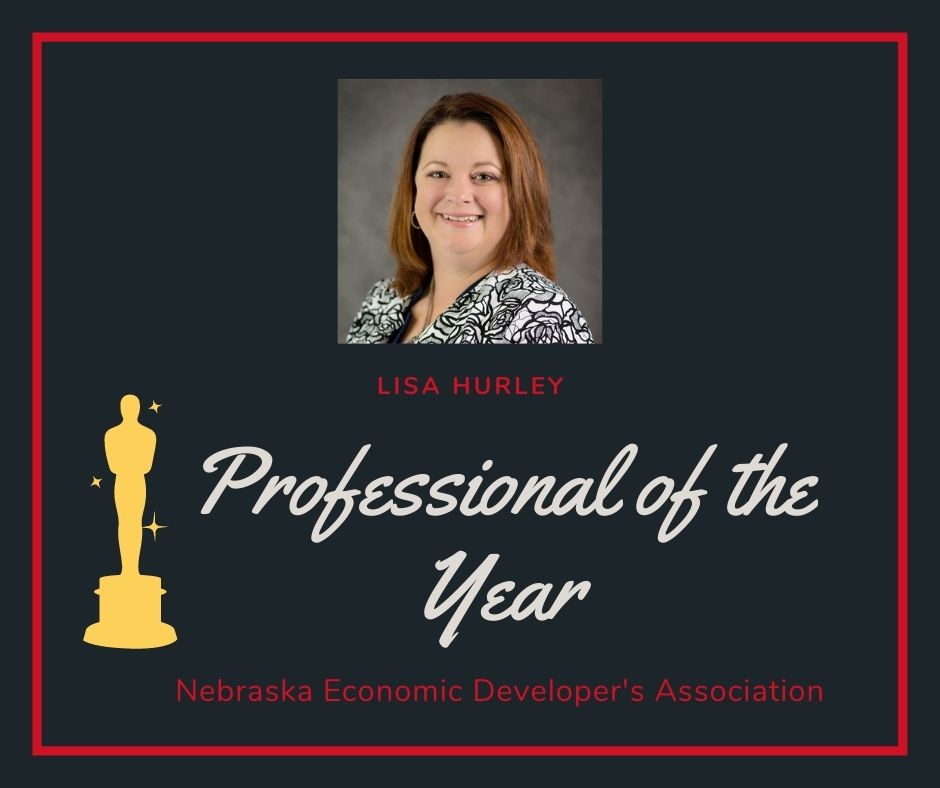